Investigate the ratio of perimeter to diameter for regular polygons.

It?s not only circles that have diameters: diameter is defined as ? a straight line passing from side to side through the centre of a body or figure, especially a circle or sphere?. In this activity various regular polygons are drawn and the ratios of their perimeters to their diameters calculated. These ratios are then investigated for increasing number of sides of the polygon: as the polygons tend towards a circle the ratios tends towards pi.

The activity starts with a new blank TI-Nspire document. The teacher notes give full instructions and key presses, describing a series of three lessons in which students who were new to using the handhelds were able to carry out this activity as an introduction to the formula for the circumference of a circle. 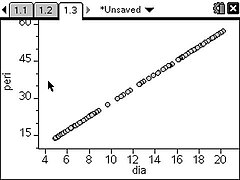 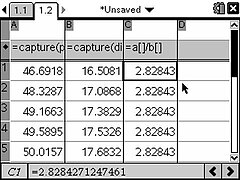 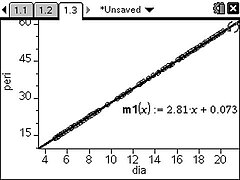 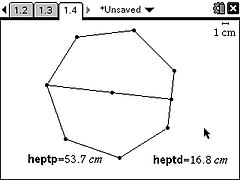 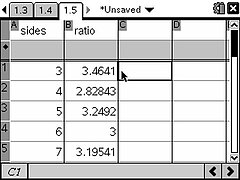 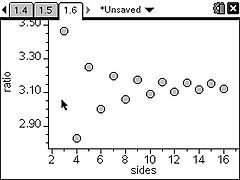